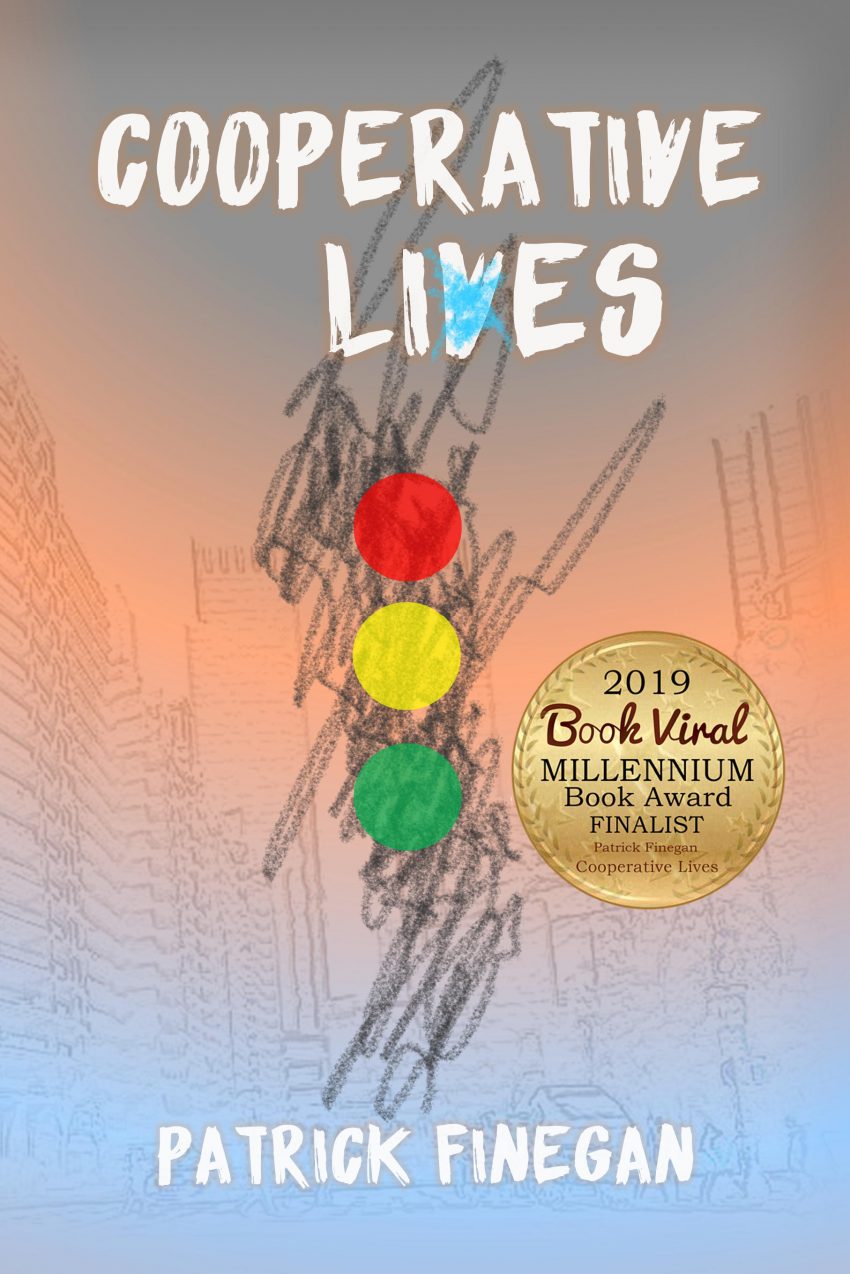 A building cooperative is the unusual setting for Patrick Finegan’s debut novel Cooperative Lives, in which the residents coexist with their neighbors without ever really getting to know each other. As seemingly individual tragedies and misfortunes befall various characters, they come to realize that their world is smaller than they know and very interconnected. Each resident finds him or herself in a difficult position, which can be helped by or exacerbated by another Cooperative resident.

Finegan does not come across as a debut author in this finely woven story with multiple timelines and plot lines delicately strung together, enriching the narrative in a way that a linear plot line would not. The reader experiences each character’s discoveries and emotions from a very personal viewpoint. While many authors are good at writing emotion, it is often difficult to translate a character’s confusion to the reader, which is one of Finegan’s strengths. His writing style is somewhat chaotic and swimmy and places the reader in the bustle of New York City and the characters’ hectic lives. The characters’ problems, reactions, and dialog all feel realistic. Finegan has a wonderful grasp of understatement and subtext that allows the reader to realize the intended point without being overly prodded by the author.

The sheer volume and scope of the various coincidences that define the interconnections of the characters lives feel, at times, a tad contrived and unlikely. However, taken as a satirical microcosm of society, the narrative is both effective and enlightening.

What at first seems to be simply a study of relationships in a closed community, spirals outward to involve everything from extra marital affairs to international espionage. Finegan explores a multitude of issues, but does so with a relatively light touch.