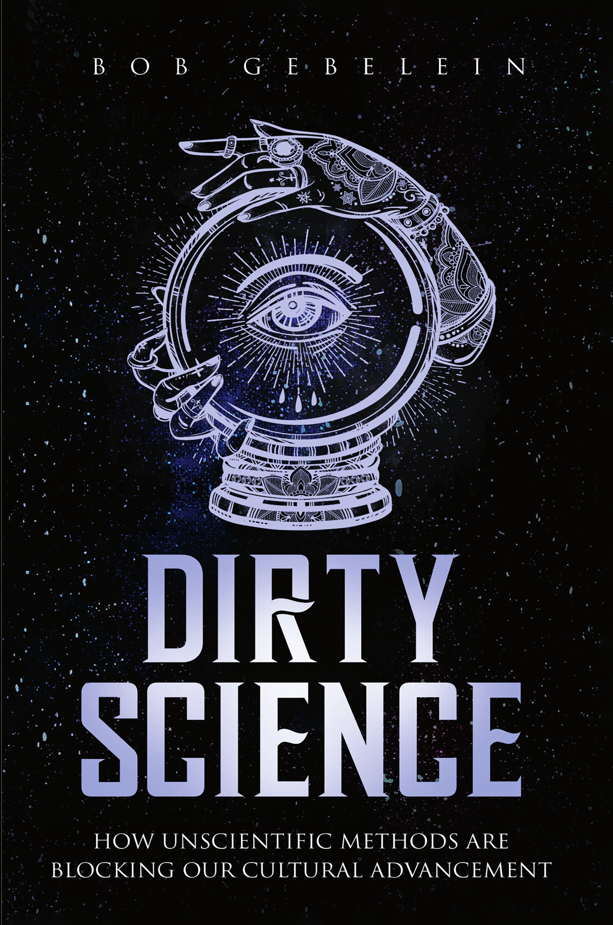 Dirty Science will put everything you think you know about modern science into question. Bob Gebelein believes that we, as a society, are ignoring an entire field of scientific research because it has been deemed unworthy by popular science. Parapsychology has been ignored by all major education establishments and universities for years, yet Gebelein says there is evidence to prove it’s scientific value.

To be clear, this is not an anti-science book. Rather, Dirty Science is meant to be read as a commentary on the politics of the current state of affairs in the field of science. Gebelein states at the beginning of the book that he has the utmost respect for science. He even goes as far to say, “Science has so greatly increased the scope and accuracy of our cultural knowledge that I have no words powerful enough to describe it.” He is trying to create a better world by widening what is acceptable as science.

Gebelein feels very strongly that we need to change our current societal rejection for Parapsychology or we will never truly advance in scientific or spiritual research. That if the current science “leaders” in our country continue to dismiss entire scientific fields, we are surely headed for another Dark Age.

He has spent the last twenty years as an advocate for Parapsychology and his expertise on the subject shows in the well documented research presented in this book. To the average non-fiction reader, this topic may seem dense but Bob Gebelein’s writing is fluid and easy to understand, making it very readable to anyone who picks it up. This book puts the last one hundred years of scientific advancement under the microscope, and forces you to ask— What if he’s right? And what does that mean for the future as we know it?